These UNESCO World Heritage Sites are some of the most wildlife rich islands. This voyage is timed to coincide with the flowering of the megaherbs which paint the landscape vivid colours. You won't find them mentioned in a travel brochure on your high street; you won't find them in most guidebooks, you probably don't know anyone that has ever been there and they don't even appear on some maps of New Zealand's South Pacific - these are the ‘forgotten islands'

Booking Request Enquire
Despite their low profile, they are among the most remarkable wildlife reserves in the Southern Ocean, designated UNESCO World Heritage sites and afforded the highest protection of any nature reserves in New Zealand. Remote, uninhabited and on no regular shipping route, access is further restricted by a strict Management Plan which limits the number of people allowed ashore each year.

Departing the Port of Bluff, Invercargill, the first of these islands we visit are The Snares. No landings are permitted because the islands are honey-combed with seabird burrows. Of particular interest are the Snares Crested Penguin, Fernbird and Tomtit - all of which are endemic. We should see them all as we enjoy the dramatic coastline and tree daisy forest from our Zodiac cruise.

In the Auckland Islands, the largest of the island groups, we will have the chance to spend the day ashore on Enderby Island, arguably the most amazing Subantarctic Island. Here you can hike through the windswept Rata forests, and along the exposed coastal cliffs. The wildlife is never far away and its lack of fear means close encounters, great for photography and observations. In Carnley Harbour in the south of the Auckland Islands there are a number of fascinating sites, including a Shy Albatross colony, abandoned Coastwatcher's huts, a shipwreck and castaway depots that we can visit. The weather will dictate what we do.

Campbell Island, the southernmost island of this expedition, is an example of what can be achieved in restoring islands. In recent years sheep, cattle, cats and rats have all been eliminated and the island is rapidly recovering. The great English botanist Sir Joseph Hooker, a friend of Charles Darwin, visited Campbell Island in the 1840s and described the flowering fields of ‘megaherbs' to be "second to none outside of the tropics". We can say the same now, because of the removal of these introduced animals. This island is also the home of the majestic Southern Royal Albatross, the endemic Campbell Island Flightless Teal and Snipe.

These islands represent a priceless ecosystem. Joining this expedition redefines natural history travel and will leave you wishing you could have spent more time there.

The sub-Antarctic is home to a vast array of albatross, penguins, seals and more! 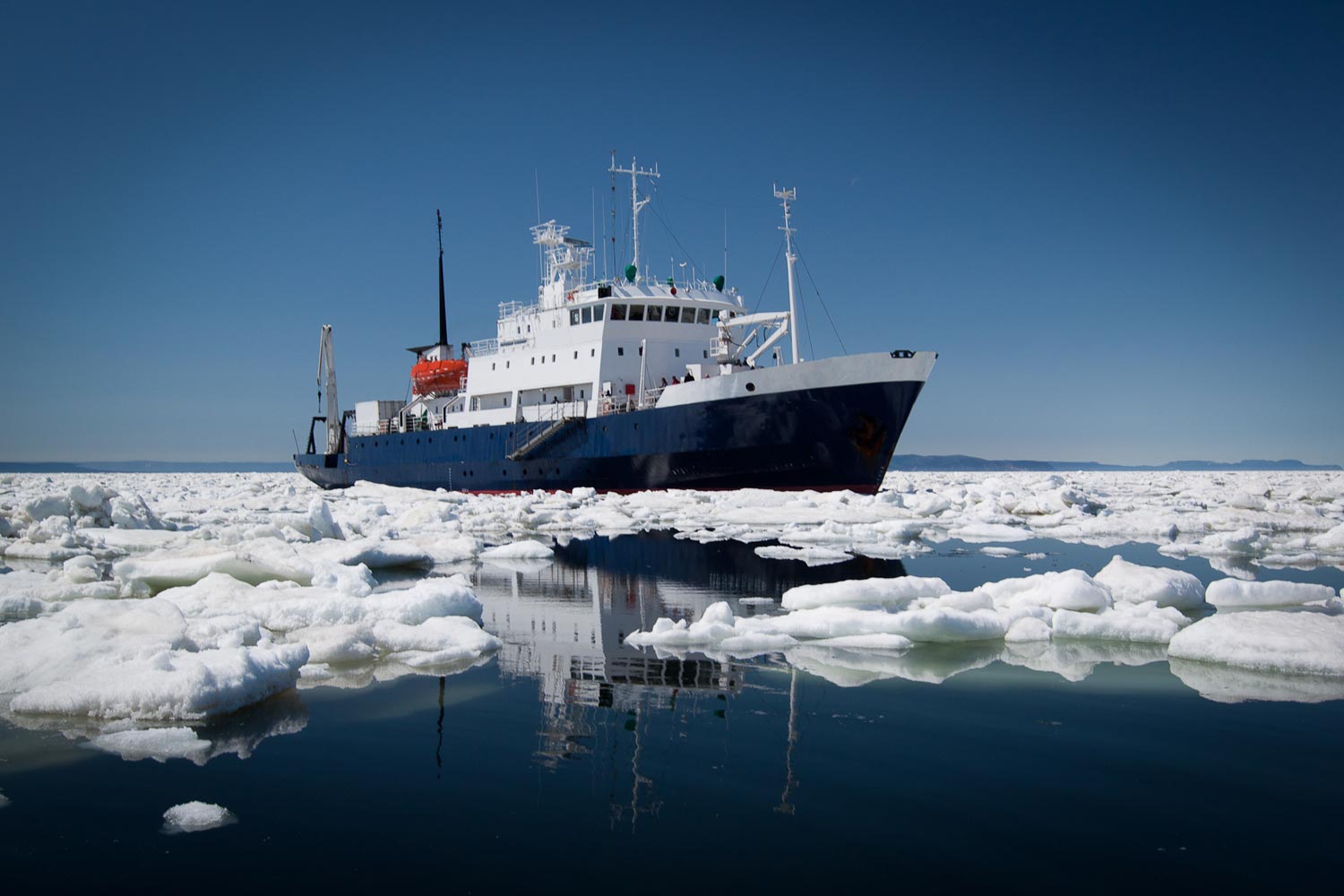 The Akademik Shokalskiy is a fully ice-strengthened expedition vessel built in 1984 for polar and oceanographic research. This class of vessel is world renowned for polar exploration, because of its strength, maneuverability and small passenger numbers. The Shokalskiy provides comfortable accommodation in double and twin cabins with private facilities. All cabins have outside windows and ample storage space. On board there is a combined bar/library lounge area and a dedicated lecture room, where the science team and expedition staff will present a programme of talks. Included Pre/Post cruise transfers, all on board ship accommodation with meals and all expedition shore excursions.
Excluded All items of a personal nature, laundry, drinks, gratuities. International/domestic flights, visas and travel insurance. Sub-Antarctic island landing fees.
Additional Charges - Landing Fees of $400 per person for visits to sub-Antarctic Islands. These will be added during the booking process. Deposits - Reservations require a deposit of 25% at the time you receive a booking confirmation from Expeditions Online. A payment link will be sent to you and this may be paid by major credit card. Bookings within 120 days of departure require full payment. Final Payments - Balances are due 120 days prior to departure. Cancellations - All requests for cancellation must be received in writing to Expeditions Online. Cancellations received 180 days or more prior to departure, are refunded less a $US750.00 per person administration fee. For cancellations received within 179 and 121 days of the embarkation date the full deposit will be forfeited. If cancellation occurs within 120 days prior to the departure date the total price is forfeited. If cancellation occurs within 90 days and full payment has not yet been received, the total price will still apply and any unpaid monies are due immediately. We strongly recommend that you obtain adequate trip cancellation insurance. Booking Terms - Please read carefully the General Booking Conditions for Expeditions Online. This voyage is operated by Heritage Expeditions and you additionally travel under their terms and conditions as the operator as well as of the Shipping Company/transport carrier. Details will be forwarded to you at the time of booking.

Birding Down Under: Subantarctic Islands

Galapagos of the Southern Ocean: Shokalskiy

Galapagos of the Southern Ocean

Birding Down Under: Akademik Shokalskiy